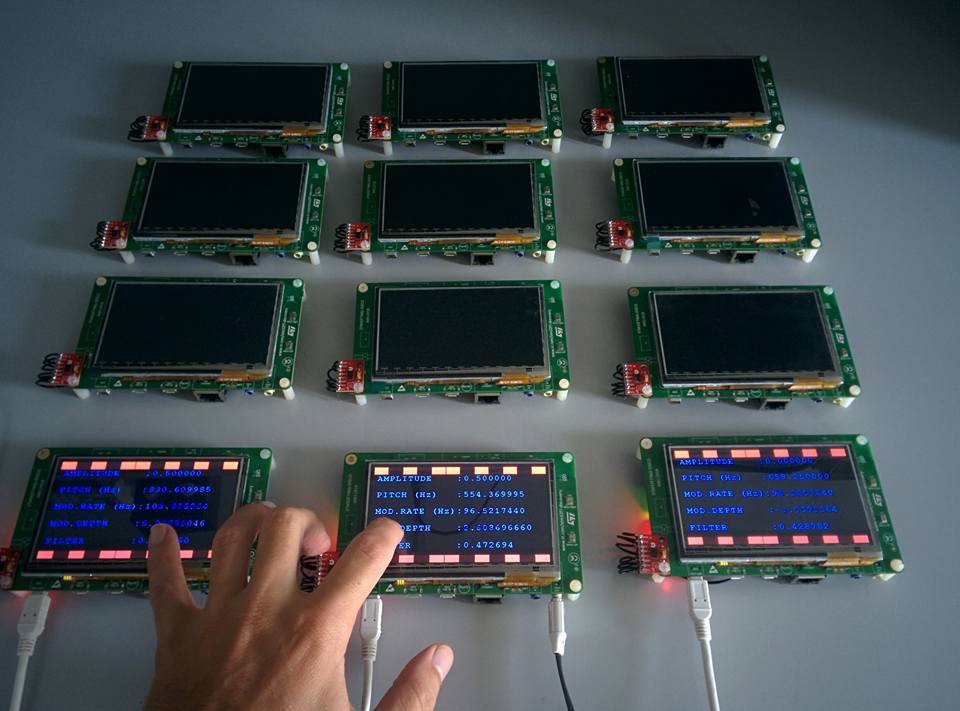 Simple monophonic FM sound synthesis with carrier, single modulator and low pass filter (wave table sinusoidal oscillators) based on STM32F746G-DISCO board. On board touch screen and additional ADXL345 3-axis accelerometer are used to control the sound synthesis. The synthesised signal is reproduced through the on-board SAI audio codec.

The four controllable parameters in (global variables in main.cpp) are:

In the current version the mapping between user input and synthesis are the following (ad hoc scaling coefficients are applied):

The source code include functions to ease the modification of the mapping/scaling of the user inputs to parameters of the FM synthesizer. The sound synthesis code is written in plain C so that can be ported to other ARMmbed boards or to other platforms.

The ADXL345 module is connected to the STM32F746G-DISCO as it follows: