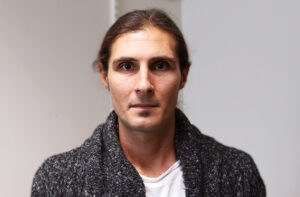 Stefano Fasciani designs, crafts, composes and performs with electronic machines that generate sounds. Stefano was born in 1982 in Rome and he is currently based in Oslo after spending more than a decade in Singapore and Dubai.

Since childhood, when his favorite toys were an electric organ and a pair of headphones, Stefano has always been fascinated by broad range of musical genres, as well as by physical phenomena and technologies behind the musical instruments and audio devices. These interests had on one side driven him to become an electronic music composer and performer, as well as a DJ, and on the other side they led him to pursue his academic studies for acquiring the broad knowledge necessary to deeply understand and further develop digital tools for making and manipulating sounds.

After an early traditional musical education and under the influence of the emerging underground club movements in the mid 90s, he replaced his piano and score books with a mixer, pair of turntables, a sampler, a synthesizer and a software MIDI sequencer. Over the years Stefano played in clubs and parties in Rome and in Singapore. From 1999 till 2003 he had been resident at NRG club in Rome, where from 2001 he organized the successful weekly party “We Love Sunday”. His music productions, contaminated with elements of techno and house music, have been released with independent recording labels from Italy, United States and Singapore.