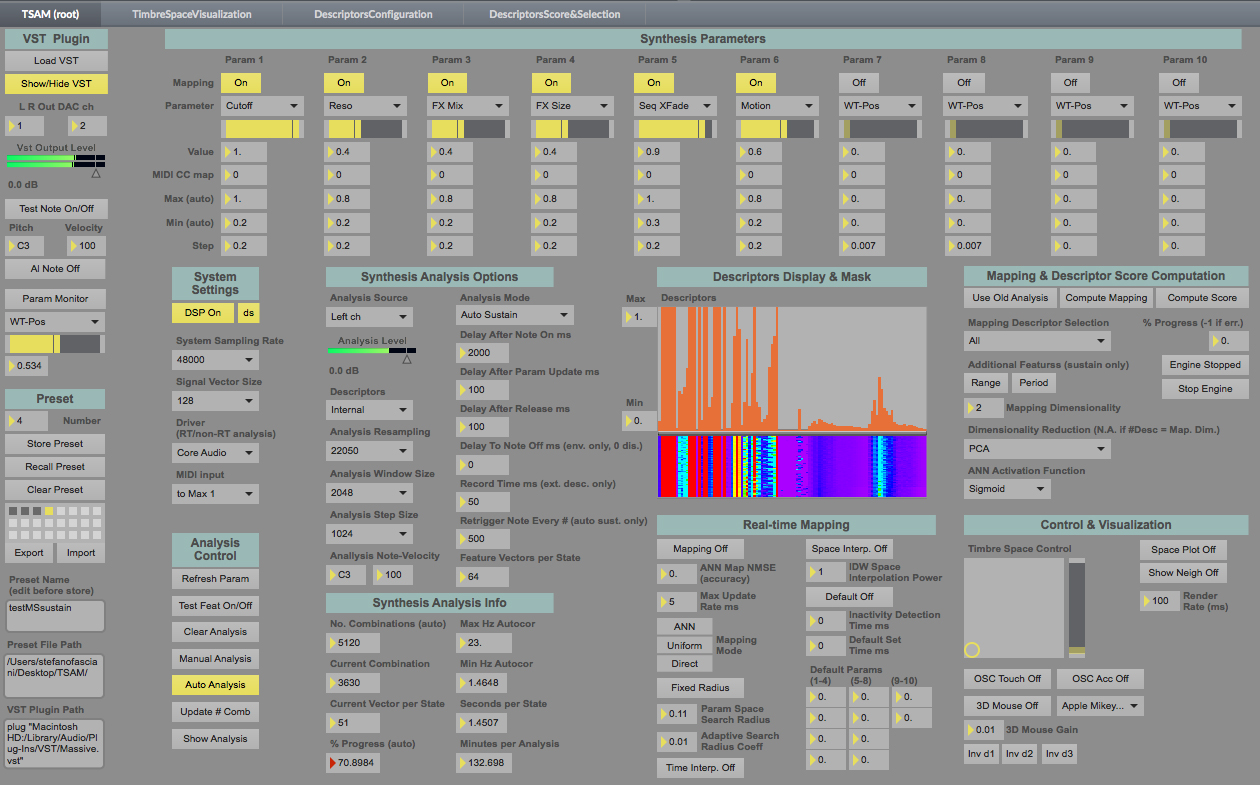 The Timbre Space Analyzer and Mapper (TSAM) is a Max/MSP tool for the analysis, modeling, and mapping of the timbre of sound synthesizers. It includes a background engine running in MATLAB used for the offline computation of the mapping and descriptor quality metrics. It natively hosts any VST software synthesizers and it can be extended to work with external hardware devices.

Synthesis algorithms often have a large number of adjustable parameters that determine the generated sound and its resultant psychoacoustic features. The relationship between parameters and timbre is important for end users, but it is generally unknown, complex, and difficult to analytically derive. The TSAM introduces a strategy for the analysis of the sonic response of synthesizers subject to the variation of an arbitrary set of parameters. It uses an extensive set of sound descriptors which are ranked using a novel metric based on statistical analysis. This enables the study of how changes to a synthesis parameter affect timbral descriptors, and provides a multidimensional model for the mapping of the synthesis control through specific timbre spaces. The analysis, modeling and mapping are integrated in the TSAM, which enables further investigation into synthesis sonic response and on perceptually related sonic interactions.

The TSAM integrates functionalities to analyze and map the timbre of sound synthesizers. Preliminary studies demonstrated that the adoption of large set of descriptors and their selection based on the novel quality metric improve the accuracy of the timbre-based mapping. TSAM applications includes:

S. Fasciani, “TSAM: a Tool for Analyzing, Modeling, and Mapping the Timbre of Sound Synthesizers”, in Proceedings of the 13th Sound and Music Computing Conference, Hamburg, Germany, 2016. [PDF]